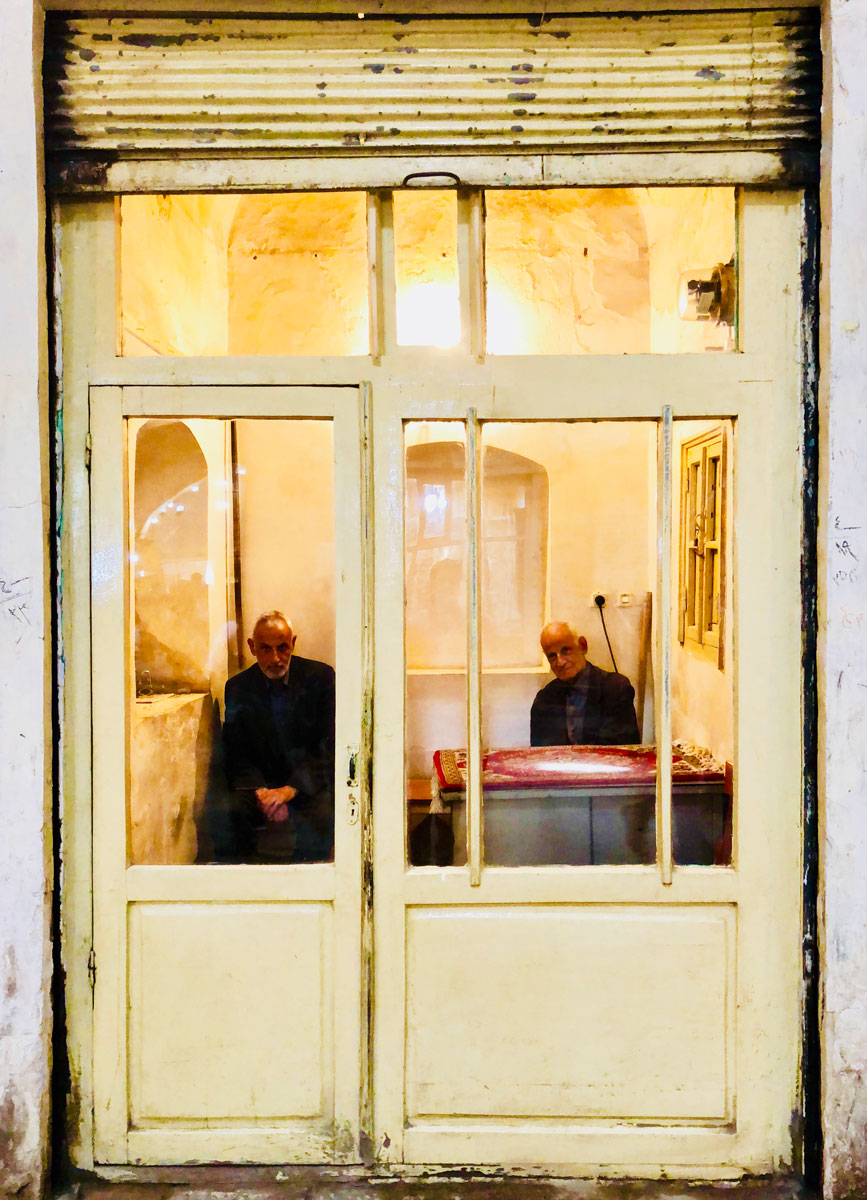 Salesroom in a Persian bazaar for rugs in Isfahan

The weaving of rugs in the Orient has a centuries-old tradition. At that time, Persian rugs in particular were regarded as the highest luxury objects that only very wealthy people could afford and use as status symbols. Even Rulers in India ordered experienced knotters from Persia to their court to have special rugs made. Originally Oriental rugs were made in the countries and regions of Persia (today Iran), Turkey, the Caucasus, Afghanistan, India, India and India. and knotted in China.

The demand of the western world changed the trade with oriental carpets fundamentally and developed this industry in many countries of the Middle East to the most important source of jobs. It is hard to believe that carpets are still hand-knotted today in an ancient tradition. Newer tools have made some steps more efficient and precise, but the knotting itself still takes months of manual work on the wooden loom. 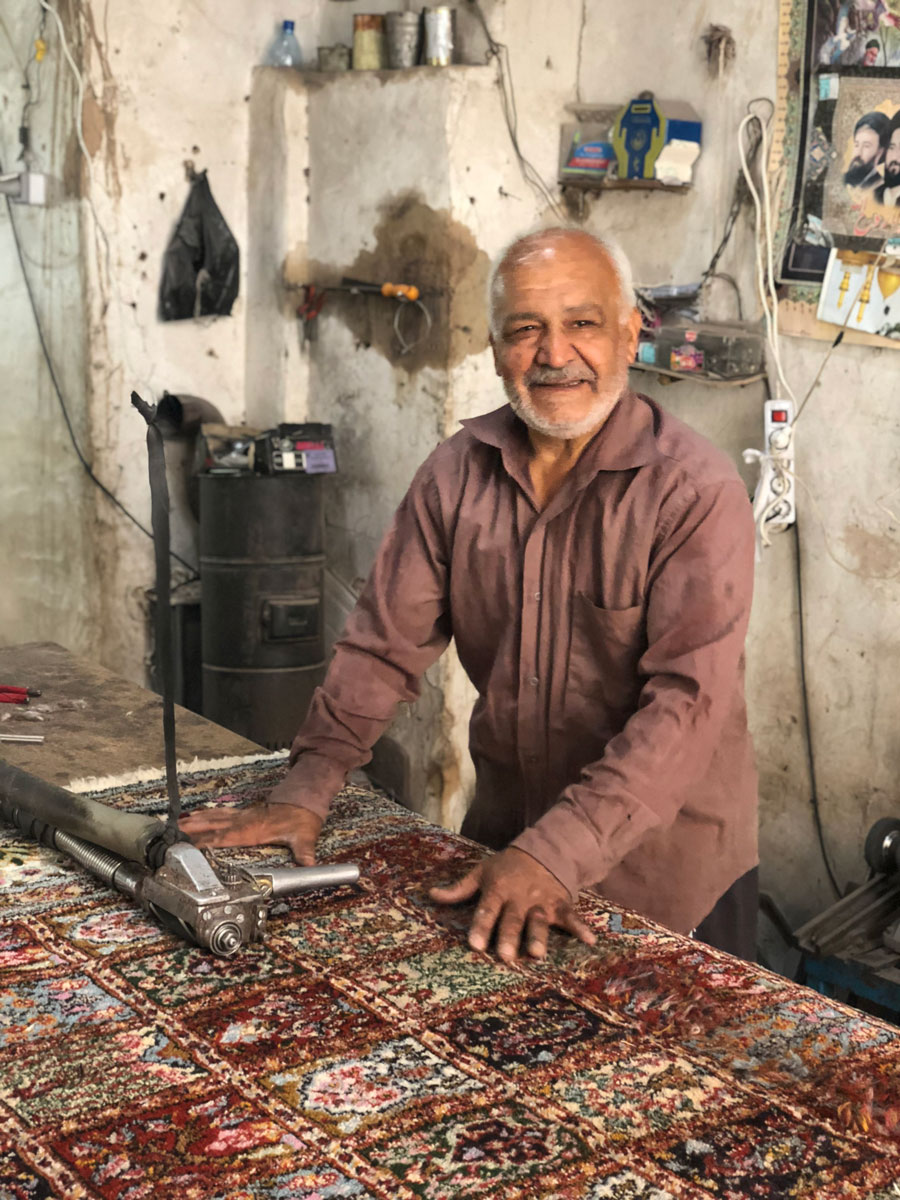 Polishing of a Persian Moud rug

Globalization has also changed the culture of the Middle East. While the craft of rug knotting used to be popular, fewer and fewer young people today want to follow the years of learning and mastering the craft. A large proportion of Persian rugs are still knotted in private households and mostly by women. This is one reason why rugs are still relatively cheap, despite the fact that they have been knotted for months and sometimes even years. With the growing age of the weavers and fewer offspring in the industry, however, this ratio will not be maintained in the future.

The production of a hand-knotted rug can be divided into five areas or steps. The basic basis is the material, which comes almost exclusively from nature. Thus the rug usually consists of one of the materials or a combination of sheep's wool, silk and cotton. The colouring of the material was originally done with natural and vegetable colours. Today, depending on the origin of the rug, mineral and artificial colours can also be used. Even today, the design is still drawn out with paper and pencil, whereby the knotting at that time was mostly made purely from memory. Depending on its origin, the knotting also differs in its knot type and density. After the actual knotting, a carpet cannot yet be used, now important final steps are still being carried out, such as the so-called polishing and drying.

Production of Oriental Rugs
Centuries-old tradition is the basis of almost every Oriental rug. Long ago Persian rugs were already considered the highest luxury...
Read more
Material
Whether sheep wool, silk or cotton, the material of a hand-knotted oriental rug usually comes from nature...
Read more
Colours and Dyeing
The colours of many high-quality oriental carpets still originate today from plants and minerals...
Read more
Design
No matter how detailed the pattern may be, some knotters still craft the rug from memory today...
Read more
Knotting
An art that has been perfected over many centuries and is still unrivalled today...
Read more
Finalisation
After the actual knotting, the rug is far from finished...
Read more
Comparison to machine-made Rugs
Colour facets, durability, level of detail are only a few of the differences to machine-made rugs...
Read more