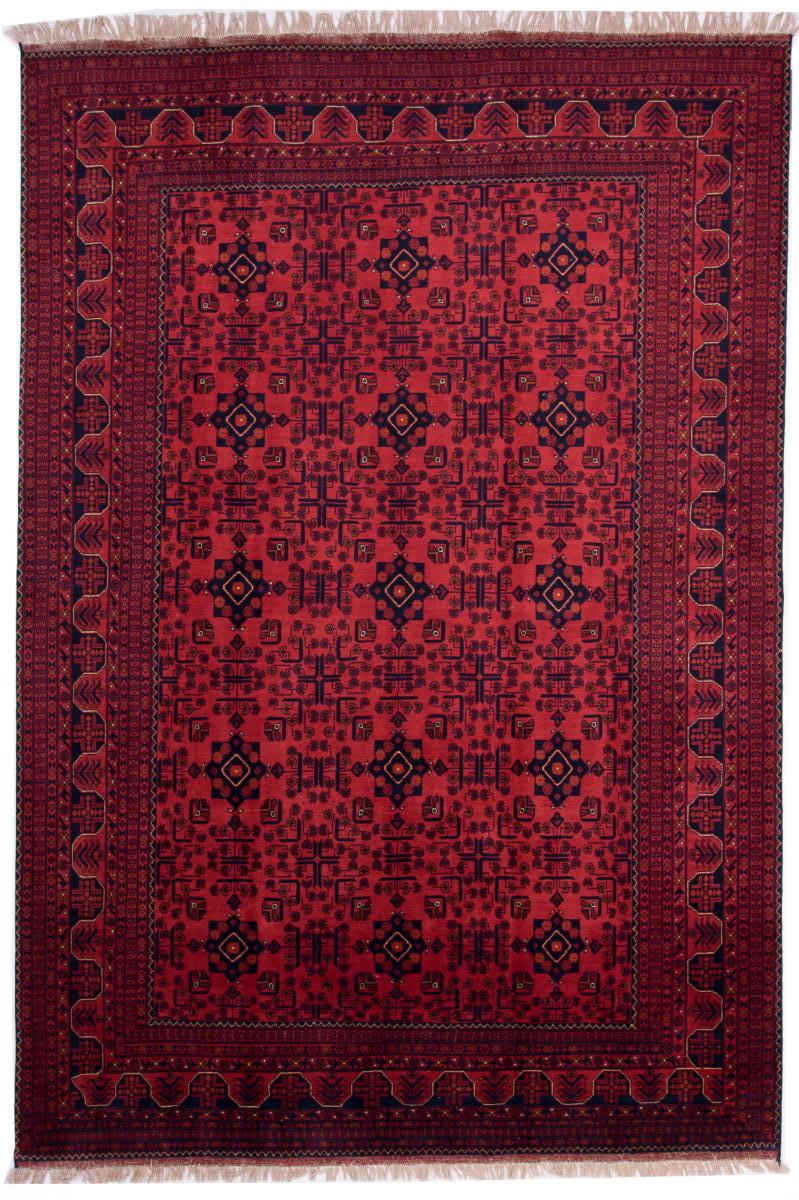 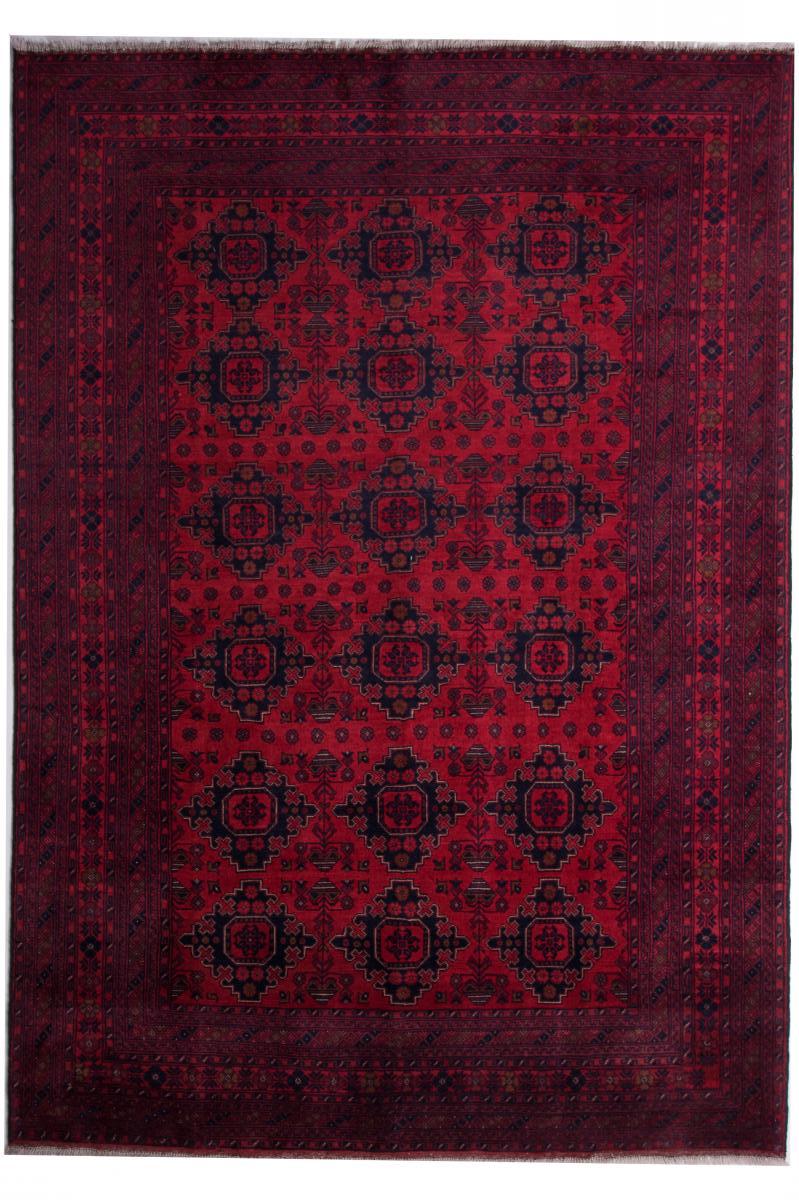 Afghanistan, the country shaken by the war of recent years, has a long history of carpet knotting. It consists mainly of mountains, which can be admired from an airplane at good weather.

There are different kinds of Afghan carpets. Especially popular are Khal Mohammadi or Afghan Aqche. Carpets are usually knotted in the northern part of the country. However, Afghan refugees have also set up their own production in Pakistan. Traditionally, Afghan carpets are knotted in the colours of the red spectrum. Dark tones predominate here the lighter ones. Patterns and designs are dominated by Göl - an octagonal row pattern - and stars, which are also octagonal. These are knotted on the dark red background together with stylised floral patterns such as flowers in the colours blue and beige.

While Khal Mohammadi are knotted by Afghans, Afghan Aqche are mostly made by Turkmen. Self-produced wool from sheep and goats is used in materials. Afghan carpets are produced in almost all sizes.

These rugs have been provided from an assortment of over 650 Kahl Mohammadi and Afghan Akhche rugs by Nain Trading from Hamburg. Hamburg, Germany is still the most important hub for the trade of oriental rugs in the Western World with Nain Trading offering one of the largest assortments of handmade oriental carpets worldwide.


Location - where are Afghan rugs coming from?

The three most important places for carpet knotting in Afghanistan: Kabul, Herat and Kandahar.